Carl Muller (born 22 October 1935) is a Sri Lankan writer, poet and journalist best known for his trilogy about Burghers in Sri Lanka: The Jam Fruit Tree, Yakada Yakaand Once Upon A Tender Time. He has won Gratiaen Awards for The Jam Fruit Tree in 1993[1] and a State Literary Award for his historical novel, Children of the Lion 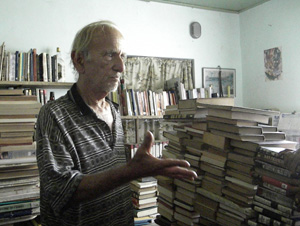