Theodor Seuss Geisel was born 2 March 1904 in Springfield, MA. He graduated Dartmouth College in 1925, and proceeded on to Oxford University with the intent of acquiring a doctorate in literature. At Oxford he met Helen Palmer, who he wed in 1927. He returned from Europe in 1927, and began working for a magazine called Judge, the leading humor magazine in America at the time, submitting both cartoons and humorous articles for them. Additionally, he was submitting cartoons to Life, Vanity Fair and Liberty. In some of his works, he’d made reference to an insecticide called Flit. These references gained notice, and led to a contract to draw comic ads for Flit. This association lasted 17 years, gained him national exposure, and coined the catchphrase “Quick, Henry, the Flit!”

In 1936 on the way to a vaction in Europe, listening to the rhythm of the ship’s engines, he came up with And to Think That I Saw It on Mulberry Street, which was then promptly rejected by the first 43 publishers he showed it to. Eventually in 1937 a friend published the book for him, and it went on to at least moderate success. 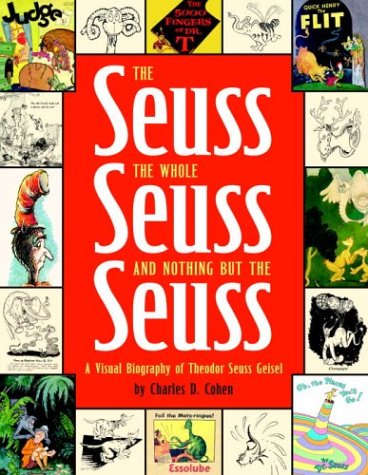 During WW II, Geisel joined the army and was sent to Hollywood. Captain Geisel would write for Frank Capra’s Signal Corps Unit (for which he won the Legion of Merit) and do documentaries (he won Oscar’s for Hitler Lives and Design for Death). He also created a cartoon called Gerald McBoing-Boing which also won him an Oscar. 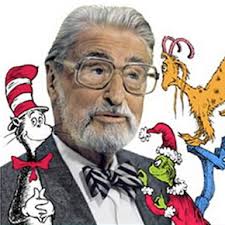