Monica Ali (born 20 October 1967) is a Bangladeshi-born British writer and novelist. In 2003 she was selected as one of the “Best of Young British Novelists” by Grantamagazine based on her unpublished manuscript; her debut novel, Brick Lane, was published later that year. It was shortlisted for the Man Booker Prize. It was adapted as a 2007 film of the same name. She has also published three other novels. 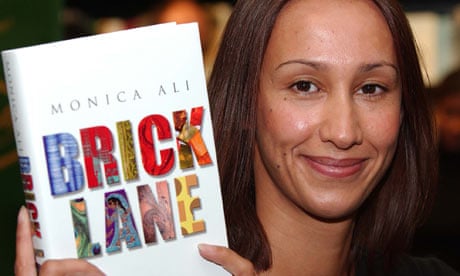 Brick Lane – named after Brick Lane, a street at the heart of London’s Bangladeshi community – follows the life of Nazneen, a Bangladeshi woman who moves to London at the age of 18, to marry an older man, Chanu. They live in Tower Hamlets. At first her English consists only of “sorry” and “thank you;” the novel explores her life and adaptations in the community, as well as the character of Chanu, and their larger ethnic community. An additional narrative strand covers the experiences of Nazneen’s sister, Hasina through the device of her correspondence